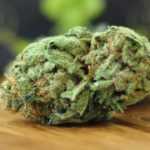 Charlotte’s web is a sativa dominant hybrid hemp strain (40% indica and 60% sativa) developed by the Colorado-based breeder, the Stanley Brothers. This strain was initially bred for higher levels of CBD of 1% to 17 percent. As a result of this high level of CBD, it has low THC levels which range from 0.10% to 1%. The name Charlotte’s Web was derived from a young Colorado girl called Charlotte Figi whose constant seizures caused by a severe epileptic condition were suppressed by this strain. As a result of the low levels of THC this strain contains, it doesn’t make its users high. Rather, it is considered as one of the most powerful medical marijuana strains available. Charlotte’s strain has a strong pine cent with a mix of floral tones accompanied by an earthy taste.

This strain can be grown both indoors and outdoors even though its clone, seeds or flowers are not available for purchase. The buds of this strain have a simple structure (classic-sagey green buds with tightly packed leaves accompanied by a minuscule presence of small orange pistils all though the leaves). When grown indoors, this strain flowers in 60 to 70 days and yields 12 to 16 ounces per square meter. When grown indoors, this strain flowers around mid-October and yields 16 ounces or more per plant. It is advisable that this strain should be cultivated by experienced growers.

Users of Charlotte’s Web reported that the strain has both positive and negative effects after usage. Outlined below are some of these reported effects:

The effects of this strain are entirely void of intoxication effects even in first-time users and children. However some users reported dizziness, therefore new users should take precautions.