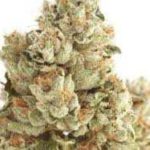 Remedy is an Indica Dominant Hybrid strain bread to be High CBD and Low THC (75% indica and 25% sativa). Remedy is a cross between the potent and renowned Afghan Skunk and Cannatonic strains. This strain has CBD levels of up to 18% and small traces of THC content less than 1%. As a result of the high CBD level in this strain, it has a relatively mild effect void of psychoactive or sedation experiences. The bud of this strain when held releases a fresh earthy scent which is likened to the scent found in a garden of flowers. This is almost the same feeling when it comes to the taste of this strain i.e. Remedy has a berry fruity taste and the smoke smothers the lungs and throat.

It is rather unfortunate that Remedy seeds are not sold online, therefore, most growers are bound to clip a piece of the growing plant and grow genetically identical Remedy “clones”. This process is known as cloning. Remedy can be grown both indoors and outdoors in Mediterranean-like, semi-humid climatic conditions. This strain is considered to have a hard difficulty growth level which is the case with all CBD strains and it is not advisable for novices to grow it. The flowering time of this strain can be triggered indoors to take just seven weeks even though it is advisable for growers to wait for at least another week. When grown outside, Remedy should flower towards the end of September in a warm suitable climate. It produces 10 to 14 ounce per square meter when grown indoors and at least 14 ounces per plant when grown outdoors. This strain is a perfect example of the role the advanced breeding of cannabis plays in the medical marijuana field. We expect the legalization of cannabis to pave the way for the breeding of more high-CBD therapeutic strains such as Remedy.

Users of this strain reported that it has both positive and negative effects. These effects include:

As a result of its high CBD content, Remedy users report using the strain to suppress/treat the following medical conditions:

Users described the Remedy Strain’s high as being in a mellow state of relaxation completely relieved of all pain all over your body. This will keep you in a state of blissful serenity, void of feelings of paranoia and sleepiness.