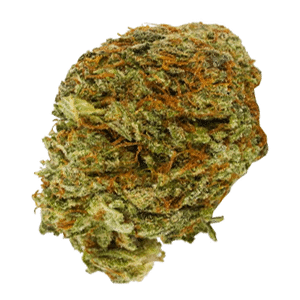 Originally from the Hindu Kush mountains in Afghanistan, Afghan Kush is a very powerful Indica-dominant strain and the first CBD-rich stable Kush hybrid. It comes with sweet earthy and floral aroma. Afghan Kush is a stable and pure strain and many marijuana enthusiasts believe that it comes from the successful crossing of various Kush strains. It comes with highly compact and dense buds that are saturated with resin and covered with trichomes. As one of the most popular Kush marijuana hybrids in history, Afghan Kush comes with high levels of THC that can reach 21%. This strain has a powerful physical effect on the user’s body due to its almost 100% Indica heritage.

This classic strain produces a very physical high that can easily put any user to sleep after a heavy dose. Known to cause laziness, Afghan Kush also comes with a short come-down period and can cause immediate hunger for its users. This marijuana strain is one of the most popular as far as cultivation is concerned. It is an easy plant to grow, ensuring that users never lack a great stuff to smoke. Though not very cerebral, Afghan Kush is very powerful strain and receiving a hit can sometimes be overwhelming for inexperienced marijuana consumers.

Due to its high Indica level with relaxing and potent effects, Afghan Kush is considered a pure marijuana strain that comes with very high medicinal values. It comes with soothing effects and has always been used to relieve the symptoms of muscle pain and anxiety. Afghan Kush is also reported to be an effective treatment stress and anxiety. Anorexic patients also use it to improve their appetite.

The original Afghan Kush is believed to have originated from the heart of the Hindu Kush mountains in Afghanistan. It gives off a very earthy, hash and floral aroma that leaves an intense and sticky aftertaste in the mouth of its users. Afghan Kush produces a wonderful plant with dark green leaves and an extraordinary resin quality. This plant is one of the best producers of resin, making it a favorite strain among those who love authentic Indica.

Afghan Kush is a resilient strain that is very easy to grow. It offers effective pest resistance and can be grown successfully in both indoor and outdoor settings. When grown outside under the right conditions, Afghan Kush will thrive and can reach huge heights of up to 3 meters. When cultivated indoors, flowering occurs between 47-55 days, reaching a yield of up to 400-450 grams per square meter while the outdoors we can produce a yield of 500-700 grams per plant. Afghan Kush is usually ready for harvest in October.

The Afghan Kush marijuana strain is known for a lot of positive and negative effects. Here are some of these effects as reported by it users:

Some of the reported positive effects of Afghan Kush include:

Some of the reported side effects of Afghan Kush include:

Due to the soothing and relaxing properties of this classic strain, it has become very popular among medicinal marijuana users. They use it for the treatment of stress and chronic pain. Here are some of the illnesses Afghan Kush is used to alleviate: