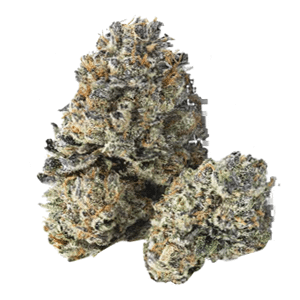 The Wookie Girl marijuana strain is an  is an Indica dominate hybrid comes with an irresistible floral aroma and distinct scent that will quickly fill any room and linger in the user’s taste bud. This strain was bred from the combination of the Big Buddy Lavender and the Appalachia strains.

It is believed that Wookie Girl has the most unique smell among all major marijuana strains. Wookie is a highly potent strain that creates a very relaxing high with a long-lasting put down time. Wookie plant comes with bright colored green leaves with dense buds and long thin orange hairs covered by crystal trichomes.

Wookie Girl create a powerful cerebral effect and has sedative properties that can put users completely at ease. Some users of this strain say they experience euphoria and happiness that help them relax after consuming it. Wookie Girl comes with a moderate THC level that can reach 17% and some of its consumers use it to enhance their appetite.

Besides its irresistible aroma and delicious flavor, Wookie also comes with incredibly important medicinal properties that are ideal for medicinal marijuana users. It is reported to be used for minimizing the side effects of chemotherapy and reduce the symptoms of multiple sclerosis and chronic pain. Though it can be consumed during the daytime, a lot of recreational users use it to unwind in the evening after a long hard day.

Some marijuana enthusiast believe that this strain comes from an unknown breeder while may say that it is a cross of Lavender and Appalachia created by Bodhi Seeds, a renowned seed bank. It comes with an intense but irresistible floral and lavender aroma and Kush taste that lingers in the mouth.

Wookie Girl can flourish both outdoors and indoors under the right conditions. When planted outdoors, it can flower within 7-9 weeks while indoor flowering starts within 9-11 weeks. Like all major strains, Wookie Girl is usually harvested in October. This strain is not pest-resistant and needs special care to produce maximum yield during the growth period.

The Wookie Girl strain is known for a lot of positive and negative effects. Outlined below are some of these effects as reported by it users:

Some of the reported positive effects of Wookie Girl include:

Some users say that Wookie Girl gives them headache when they consume it in large doses. Some of the reported side effects of Wookie Girl include: