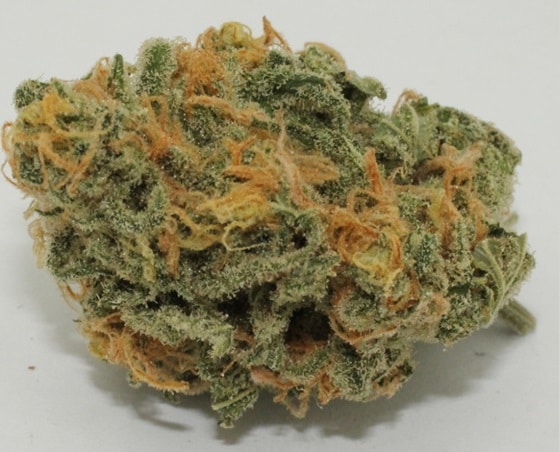 Acapulco Gold is a favorite ancient strain whose popular use traces back to the 60’s. Its origins are generally undetermined and only one of its parent strains, the sativa Mexican has been established. It is a Sativa dominant hybrid which has an 80% Sativa ratio to its 20% Indica ratio. It has a 15- 24% THC concentration which results in a powerful head high, lifting one’s spirits with dominant feelings of cheerfulness and a soothing body high. It is helpful in treating anxiety, depression, and chronic pain, but can also alleviate headaches as well as some mental disorders.

The buds of this cannabis strain are known to have hues ranging from green, brown, and gold with orange pistils, causing it to resemble golden nuggets. It has a rich sweet and alluring earthy aroma that can be described to be similar to burnt toffee or butterscotch that leaves a spicy, nutmeg taste in the mouth. It is difficult to find readily as it is often associated with exotic climates and luxurious, hot conditions while cannabis is increasingly grown indoors.

New patients should be careful while using it due to its high THC level which may cause an overwhelming high. As with most strains, the most likely adverse effects are dry eyes and dry mouth.

This strain is best used during the day due to its effect of high cerebral stimulation and as such, small amounts at a time are advised.

Its genesis is generally unknown though it originated as the name suggests, from Acapulco, Mexico.

Acapulco Gold brings about a powerful head high, lifting one’s spirits with dominant feelings of cheerfulness accompanied by a soothing body high. It can help in relieving body fatigue and insomnia due to excessive tiredness. Acapulco Gold’s clear-headed high makes it ideal for fatigue and boosting motivation, while its soothing body high combats insomnia and general aches and pains. The effects of this strain can be listed as:

Acapulco Gold is a well-balanced strain that comes with minimal side effects. Like most other strain with THC, it will cause blood shot eyes that will clear out after the THC is out of your system. Apart from the fact that this may be a nuisance, it is not harmful in any way. Patients have also reported the following negative effects:

Though it is a luxury strain, Acapulco Gold is also extremely beneficial as a medicinal cannabis strain. Its bursts of euphoria and high energy alleviate symptoms of mental health conditions and anxiety.

Despite its sativa origins, it has been known to reduce mild aches and pains. It is helpful in treating anxiety, depression, and chronic pain, but can also alleviate headaches and sleeplessness, as well as some mental disorders. The terpenes it contains also have mild anti-inflammatory, analgesic and anti-tumor properties and thus is can be used to alleviate the symptoms of several medical conditions such as:

Acapulco Gold has an abundance of Terpenes that greatly enhance its smell and lend an entourage effect to the positive outcomes experienced by patients. Below are a description of these terpenes and their effect.

The spicy taste found in the Acapulco Gold strain is mostly due to this terpene. Its properties are:

This is the only terpene that binds to cannabinoid receptors. It is able to reduce symptoms of anxiety and chronic pain. It is also an anti-inflammatory and analgesic agent and protects the walls of the digestive tract. It can also be found in black pepper.

Myrcene has a sedative effect and can thus be used as a sleeping aid. It is also a muscle relaxant and is popular for its inflammatory effects that may help in relieving inflammatory conditions such as eczema or arthritis. It also found in hops, mangoes and cloves.