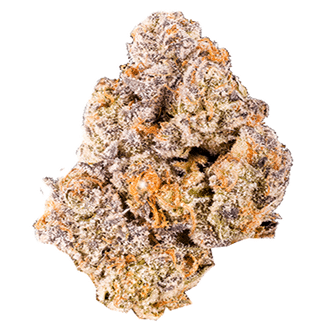 Grape Stomper is a sativa-dominant hybrid strain bred from the combination of the between Purple Elephant, Chemdawg and Sour Diesel marijuana strains. Also known as Sour Grapes, this marijuana strain is characterized by a sour grape aroma and fruity flavor as its name suggests. Grape Stomper creates a cerebral high that can enhance the mood of its users. It also produces a mild physical high with a short come-down period. Grape Stomper comes with a high THC level that can reach 22% and a low CBD level. The plant of this strain features dense buds with high resins and abundant orange hairs.

This sativa-dominant strain is a daytime variety that won’t impair its user’s cognitive ability. Grape Stomper is a great strain if you want to stay functional, active and social. It’s an ideal strain for new and intermediate marijuana users because of its mild physical high and cerebral effect.

Like some other marijuana strains, Grape Stomper has some valuable therapeutic properties that endear it to medicinal marijuana users. This strain is believed to be very useful in the treatment of stress, fatigue and chronic pain. Some users also use it to treat depression and anxiety.

The origin of Grape Stomper has been a subject of debate for years. some marijuana enthusiasts believe that it was created various independent growers and breeders. It is one of the most authentic grape varieties of marijuana and comes with a fruity grape aroma. Grape Stomper does not produce much purple as expected, but it comes with high quantity of resins.

Grape Stomper is relatively easy to grow even for novice marijuana farmers. It provides medium pest resistance and can grow adequately indoors when well cared for under the right conditions. It produces a high yield when grown outdoors and exposed to the ideal climatic temperatures. Growers can get as much as 3kg per plant during the peak harvest period in mid-October. Grape Stomper starts flowering within 7-9 weeks and even though it’s a small and compact plant, farmers can expect an impressive yield.

The Grape Stomper strain is known for a lot of positive and negative effects. Outlined below are some of these effects as reported by it users:

Some of the reported positive effects of Grape Stomper include:

Some of the reported side effects of Grape Stomper include:

Even though it’s more popular among recreational marijuana users, Grape Stomper is known for some effective therapeutic properties. Some users use it to alleviate the symptoms of certain illnesses and reduce the effect of mild pain. It is also reported to be ideal for the treatment of stress and anxiety. Here are some of the illnesses Grape Stomper is used to alleviate: